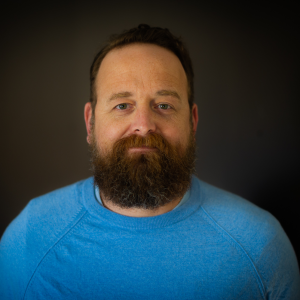 One of my passions is graphic design. I create logos for clients and it fascinates me that we see thousands of logos every day but only a few manage to grab our attention. Some are more explanatory than others but what they all have in common is a story which could be the history of how their brand came to be or what they stand for.

One of my passions is graphic design. I create logos for clients and it fascinates me that we see thousands of logos every day but only a few manage to grab our attention.  Some are more explanatory than others but what they all have in common is a story which could be the history of how their brand came to be or what they stand for.

I passed these outdoor logos countless times, pausing for fractions of a second to try and decipher their meaning. I’m an outdoor junky and love these brands, so I finally sat down to understand  the story behind these well-known logos.

The Canadian clothing company originally named Rock Solid, was renamed in 1991 to Arc’teryx. It’s logo (I thought was a lizard) is actually the Archaeopteryx, one of the earliest known birds from 150 million years ago. It is known as a genus of dinosaurs that was the transition between the non-feathered dinosaur and the bird we know today.

A key distinctive piece of the logo is the flat, fossilized Archaeopteryx. This imagery (and name) was chosen to symbolize the company’s mission “creating disruptive “evolutionary” innovation within the outdoor products industry”.

I love the modern take on this fossilized beauty. In the actual image of the fossil, it’s clear it had wings. From the logo perspective, only one wing is included…but it looks more like a tail on the backside of this beast. This is what makes this logo not very self-explanatory, to stand on its own. I love the concept, but would have liked to just get it without having to use Google. I’d like to see them add both of the wings to extend from the top of the drawing.

The typography has a very evolutionary feel. The minimal serifs, i.e.,  feet on the letters, custom features like the absence of the crossbar on the “A”, and beak terminals with the sharp ending on the letterform feel give the sense it’s evolving from a serif to a sans-serif. In addition, utilizing all capital letters gives the big feel, consistent with Arc’teryx’s revolutionary, go big mission.

The North Face was started in 1966 in the foggy neighborhoods of San Francisco. Two men with a passion for the outdoors transformed their hobby into one of the most premiere climbing & outdoor apparel and equipment companies in the world. The company name was chosen as the north side of the mountain is generally known as the most difficult and treacherous to climb. There is a much higher chance of permanent ice or permafrost, which equates to unstable conditions. The logo was chosen as a tribute to Half Dome, the monolithic landmark rising 8,800 feet in Yosemite National Park in California.

Looking at the font utilized for The North Face, you can see that the intention of the designer was to leave the impression of a brand that was big and strong (hence all upper-case). The font utilized is Helvetica Bold, a no-frills but thick font that further builds upon the notion of this powerful brand.

Until 2010, the color utilized in the original North Face logo was all black text on a white background, a simple feel yet one of authority and power. Later, the logo shifted towards a more energetic feel, with a red background, which gave the feeling of passion, happiness, and enthusiasm (at least from a Western perspective).

In 1957, Yvon Chouinard, a young climber in Southern California, decided to make his own reusable climbing hardware. He went to a junkyard, purchased a used coal forge and taught himself how to blacksmith. To make ends-meet, he sold these steel pistons and before he knew it business took off.

Several years later of Chouinard bringing back exotic clothes from other countries (Scotland, England, New Zealand, Argentina, etc.) and selling them to  to his climbing friends, he decided to start a second business, separate from his tool company, he called the company Patagonia.

“To most people, especially then, Patagonia was a name like Timbuktu or Shangri-La, far-off, interesting, not quite on the map. Patagonia brings to mind, as we once wrote in a catalog introduction, “romantic visions of glaciers tumbling into fjords, jagged windswept peaks, gauchos and condors.” The color combination of the deep blues and purples gives the feeling of a tranquil, mystical place.”

His clothing line revolutionized the mountaineering community, who relied heavily on cotton and wool base layers, taking the idea from Atlantic fishermen who employed synthetic pile sweaters that prevent moisture absorption and insulated well.

The skyline logo is inspired by the Monte Fitz Roy, a mountain in Patagonia, on the border between Argentina and Chile. As one of Chouinard’s favorite places to visit, it was a natural choice for this new apparel company.

The simple strength of the logo is achieved with the type-face Belwe Bold. To me, it’s really interesting to compare this all lower-case logo with the all upper-case of the North Face. Both are successful climbing companies with extensive influence in the industry. Beneath the surface, there are very different company cultures. Patagonia intentionally staying small and private, limiting the influence of external funding, while North Face underwent a series of buyouts (starting in just their second year of business). I’m not saying one path is better, it’s fascinating how something like the typography case can capture the essence of a company.

Unlike the majority of outdoor apparel and gear companies, Mountain Safety Research started as a newsletter for testing the safety of mountaineering gear. Founded by Larry Penberthy, an avid climber, whohe spent much of his earlier years in the North Cascades in Washington.

“On his off days, the young Penberthy took climbing forays into the jagged peaks that rose up on three sides of the little inlet and village. Of those peaks, the crown jewel is surely Bonanza, a 9500-foot high hulking massif, with three immense glaciers, two summits and a knife-edge ridge that together demand a wide repertoire of skills from summiteers. During the summers of 1938-1940, Penberthy and partners put up several new routes on the imposing mountain, endeavors little known about until much later.”

Although the logo had several different variations since the original printed in 1969, the outline of Bonanza’s profile stayed consistent. The “M” & “R” both on either side are leaning inward to help create a sense of stability with the descent of the red mountain. On the right side, the red mountain line connects with the downslope of the “R”’s leg.  It’s also interesting to call out the company sticking to the acronym version on it’s standard logo. As brand recognition became stronger, there was less of a need to include “Mountain Safety Research”.

One of the more fun-loving logos, SmartWool was born from the need to build a better ski sock. In the 1990’s Peter and Patty Duke, frustrated with soggy and wet socks, went on the hunt for a new material. They discovered a new, non-itchy material called merino wool from New Zealand. It pulls moisture away from the skin but still kept its insulating properties.

The original logo featured hand-written typography. The connectedness of this script strung together gave the appearance of string, unraveling from a ball of yarn, which nicely represents the down-to-earth, fun-loving culture of the organization. This innovative design helped reflect the company’s breakthrough in this industry.

Later, the company updated it logo, moving towards a capital sans-serif to help improve legibility and added a grid color pattern, like a knitting grid, to the character to reflect the use of bright colors they are known to routinely use in their socks. With the company hitting the 20 year-old mark, they wanted to reflect they were not a start-up anymore. The “S” in Smartwool was converted from lowercase to uppercase to reflect the company’s maturity in the industry, as being more established.

I am so inspired by each of these stories. Their creativity and unique history is so evident and important for each of these companies. They all have that common thread of self-initiative combined with a passion for the outdoors. The results are amazing brands, many of which have lasted decades, which are so eloquently captured in their logos. Some of my favorite design projects have been working with brands to develop and design a logo that fits their company culture and identity.  If you’re ever curious about a particular logo or looking to capture your organization’s story in a logo, send me a message.

Take a peek inside my world. 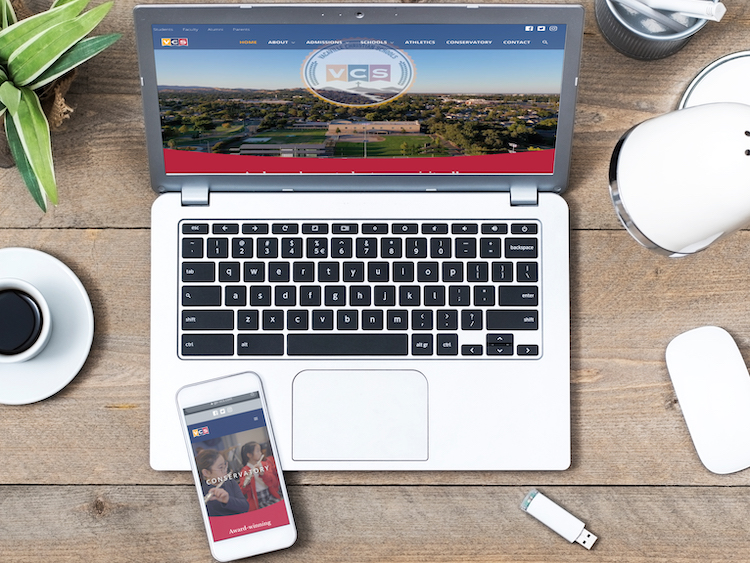 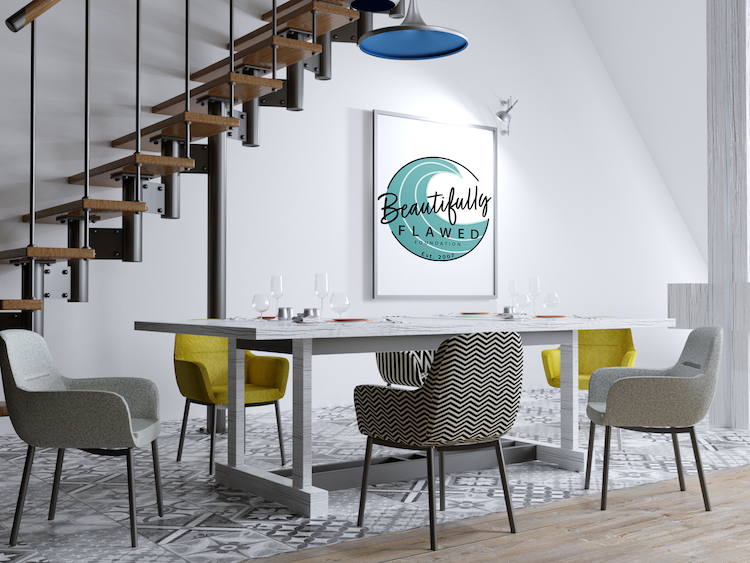 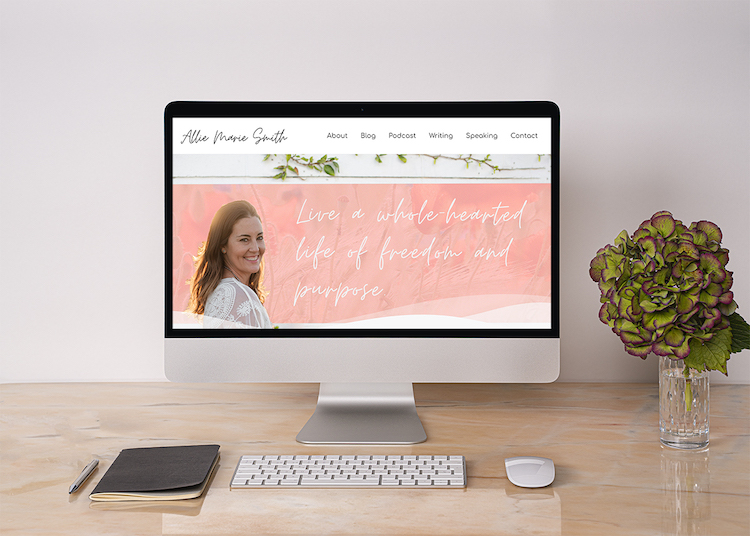